Me on Radio Cumbria

It would be understandable if you missed my little interview slot on Radio Cumbria about the forthcoming Cumbrian beer festival at The Rake.

Fortunately, just for posterity, with a little computer jiggery pokery, I captured a recording.

Yes, I know there were rather a lot of ums and errs. I'd be rubbish on Just a Minute.
Posted by Jeff Pickthall at 6:15 pm 4 comments:


In a second kidney punch to Britain's brewers the wedding is going to feature British wine.


Don't misunderstand me, I applaud the royals willingness to support British wine.


Apparently "The decision is in keeping with the couple's desire to show off 'what Britain  does best’".


Well, bugger me, what a fucking insult.


If you were not a republican before, you should be now.


Here's the link to the story. (Warning: it's the Daily Fucking Mail. At least it's a mirror site so that vile shitrag doesn't get the benefit of your clicks.)
Posted by Jeff Pickthall at 8:48 am 1 comment:

CAMRA's AGM is taking place in Sheffield this weekend. You can follow its fascinating tweet-stream at http://twitter.com/#!/CAMRA_Official.

Amongst the generally tedious and nitpicking motions being discussed today is:

This Conference believes in the beneficial health effects of real ale and believes that other ale products with chemical and gas additives can have a detrimental effect on public health. Conference believes that the differences between the two are significant and measurable, but acknowledges that research on this area has so far been minimal. Conference therefore resolves that CAMRA shall work with other interested parties to quantify the differences in health terms between real ale and other ale products.

Would the proposers, West Lancashire Branch, care to offer evidence for the statement "gas additives can have a detrimental effect on public health" or is it just an example of seventies throwback keg-bashing?

In order to do so they would have to demonstrate that CO2 and Nitrogen used to dispense evil keg beer are somehow chemically different to the gases we find in the air we breath.

Somehow I doubt they can.

Let's see if the motion is passed. My money is on a pass. It will be a victory for stupidity.


Written, produced and directed by @s_pickthall
Posted by Jeff Pickthall at 8:47 pm 4 comments:

The new Michael Jackson statue seems OK to me. 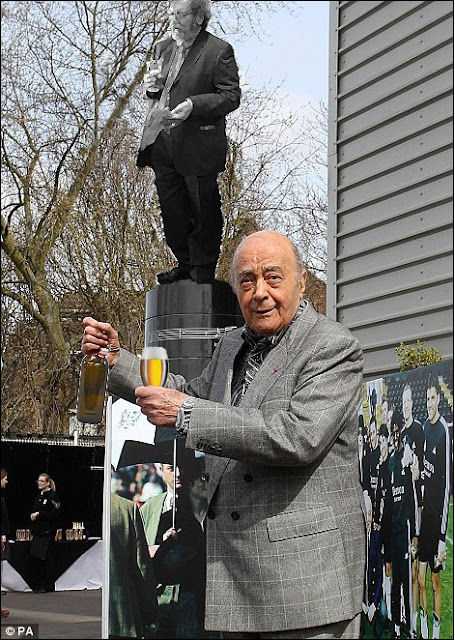