My reputation in ruins

My local paper, the North Western Evening Mail, has described me as a "real ale buff."

I have spent years trying emphasise the point that I am not a real ale buff. I've certainly got nothing against cask-conditioned ale – far from it: I consume it several times a week and have done for a quarter of a century. No, it's just the baggage that comes with the notion of being a real ale buff – amateurism, zealotry, anti-lagerism and anti-keggism – that puts me off.

My reputation is in ruins.

Call me a beer geek, call me a craft beer aficionado, call me anything but a real ale buff. 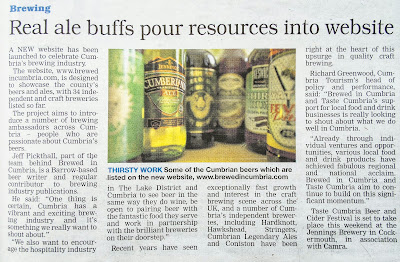