As I type, the Saturday evening sesaion of the Leeds International Beer Festival will be in full swing. My brother Steve and I attended last night.

Among the festival goers there were lots of women and young people – evidence of the way beer has come out of its long-standing cultural ghetto.

Being a warm evening many people chose to sit outside on the front steps of the proud Victorian town hall. Surprisingly there was an absence of finger-wagging stewards – and festival-goers were allowed outside with their glasses. Disasters failed to ensue.

It was an enjoyable event but I have one major complaint: the name "Leeds International Beer Feer Festival" suggests international beer should be a prominent feature. The only imported draught beers we encountered were by Odell and Sierra Nevada*. There were a few more bottled American beers but where were beers from Belgium, Holland, Denmark, Germany, Czech Republic, Italy and elsewhere? Very disappointing.

UPDATE: I've just had a flashback: I recall seeing some Italian beers. Still, my point stands, for an "International" beer festival there wasn't much foreign beer. 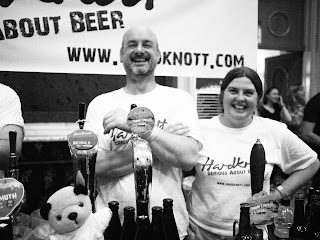 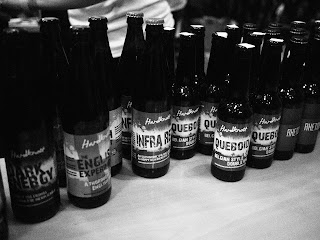 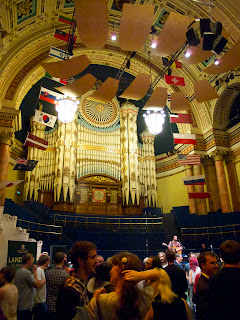 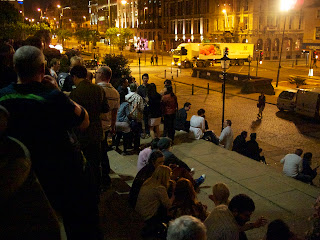 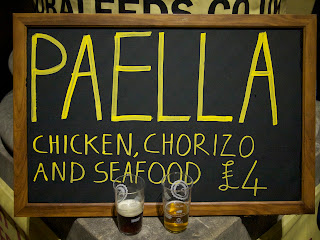 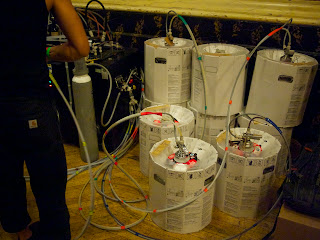 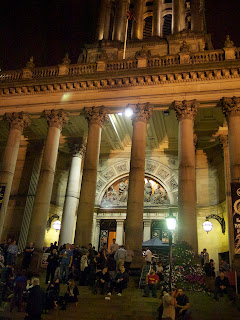 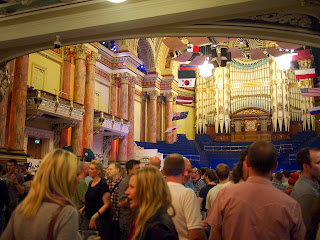 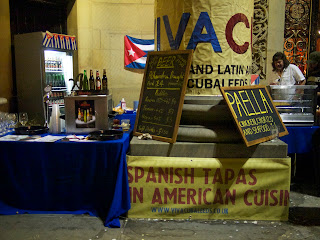