A Victorian Lager Brewery That Never Was

While doing some research on long-defunct breweries of South Cumbria (or North Lancashire as it was before 1974) I stumbled across a prospectus for a plan to build a German-style lager brewery at Backbarrow (click here for location).

In the archive I also found a letter from a German correspondent (last picture) that seems to confirm my suspicion that this brewery never got off the ground. Scroll to the bottom for my transcript of the letter.

None of the documents carried a date so I'm going to have re-read Boak and Bailey's fascinating ebook "Gambrinus Waltz: German Lager Beer in Victorian and Edwardian London" to attempt to make a guess at the year. 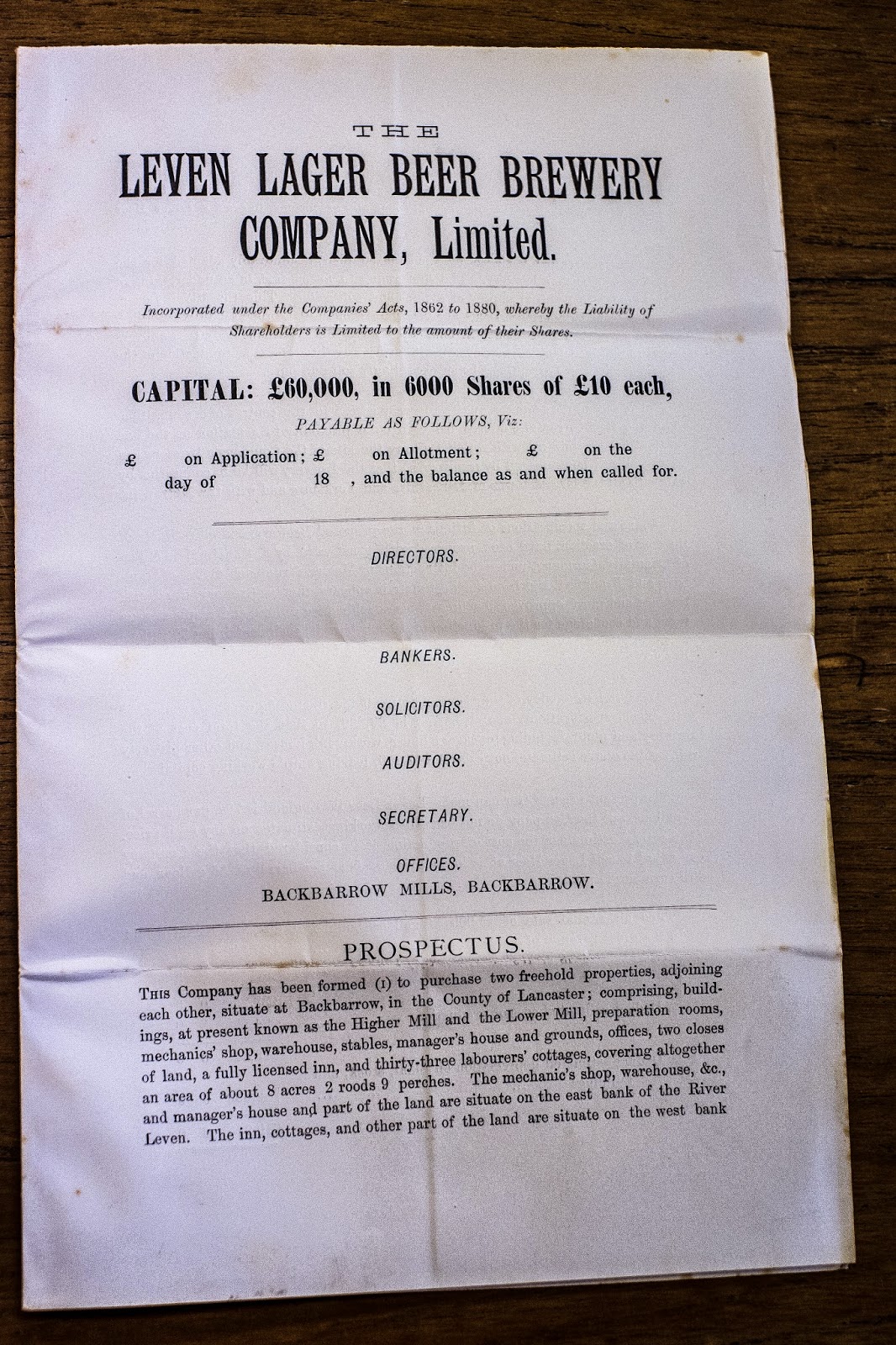 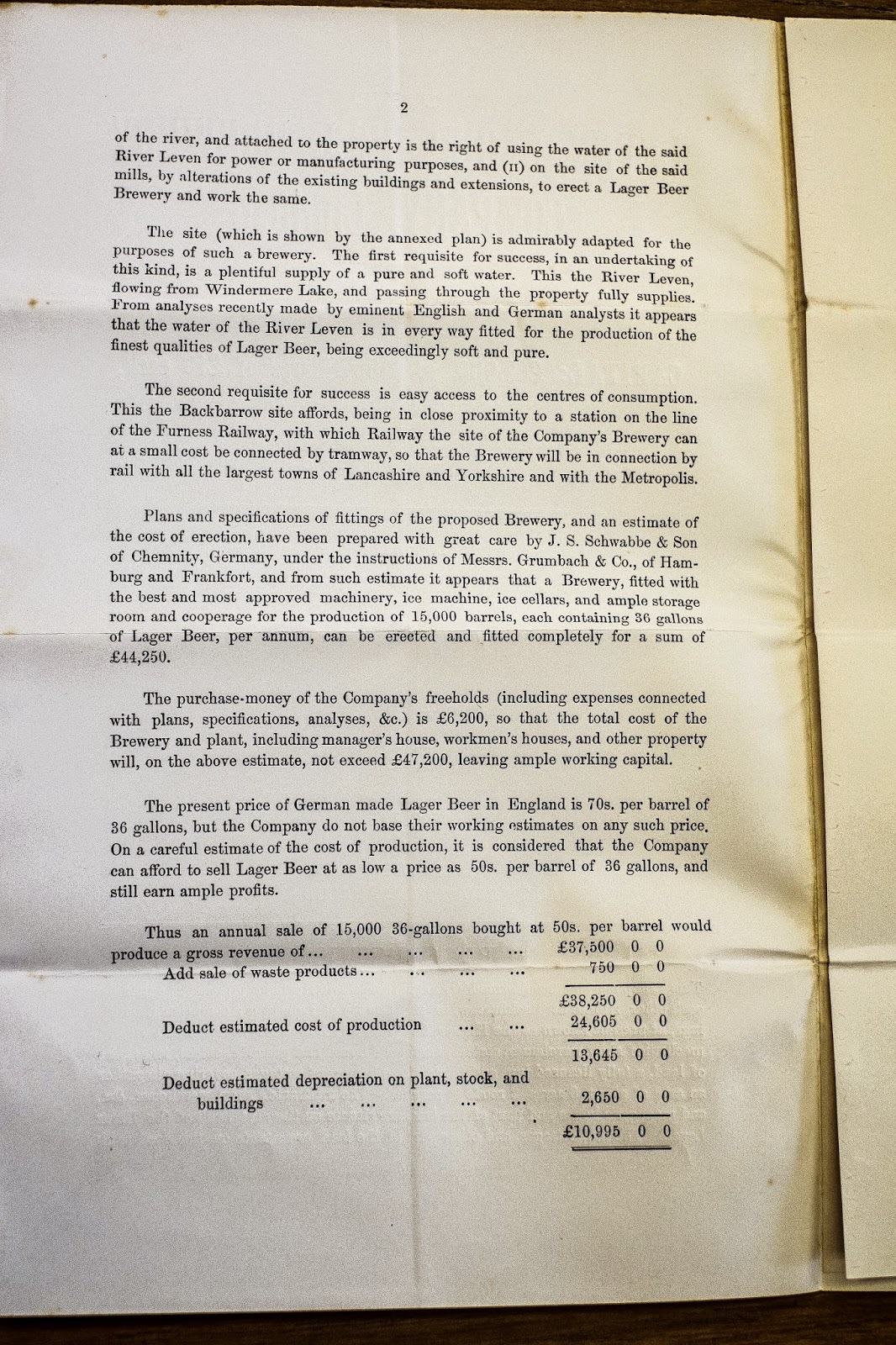 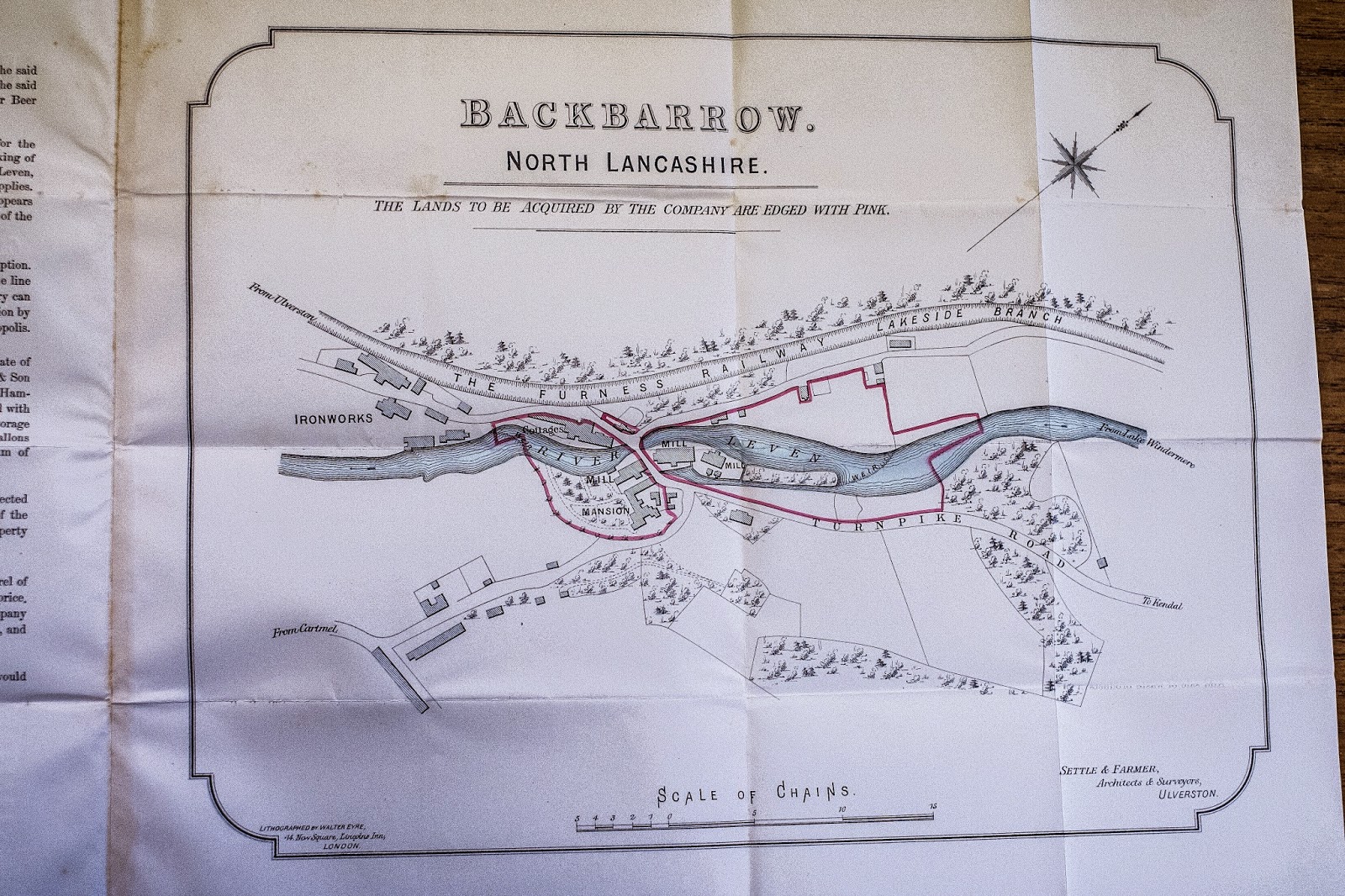 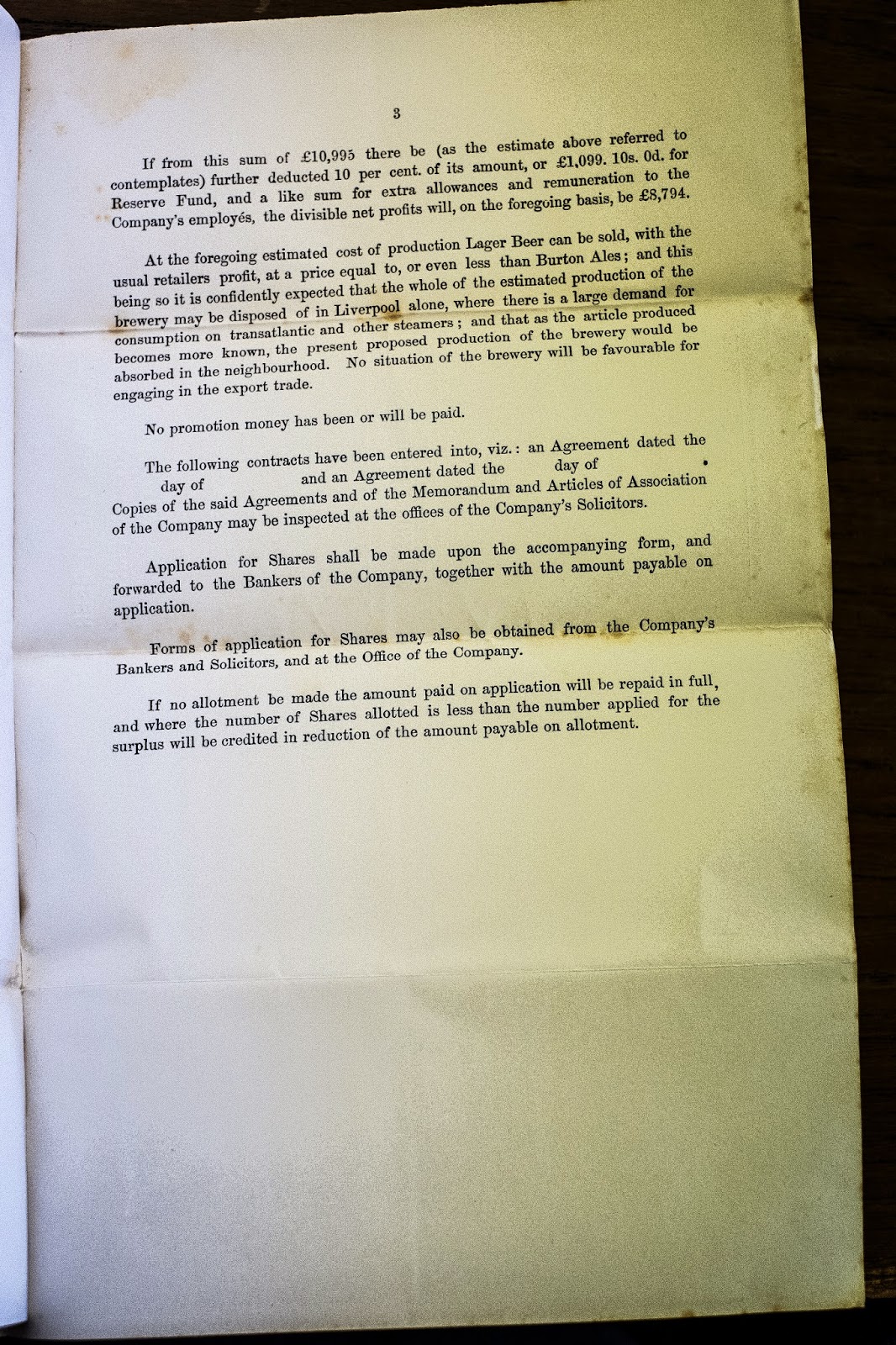 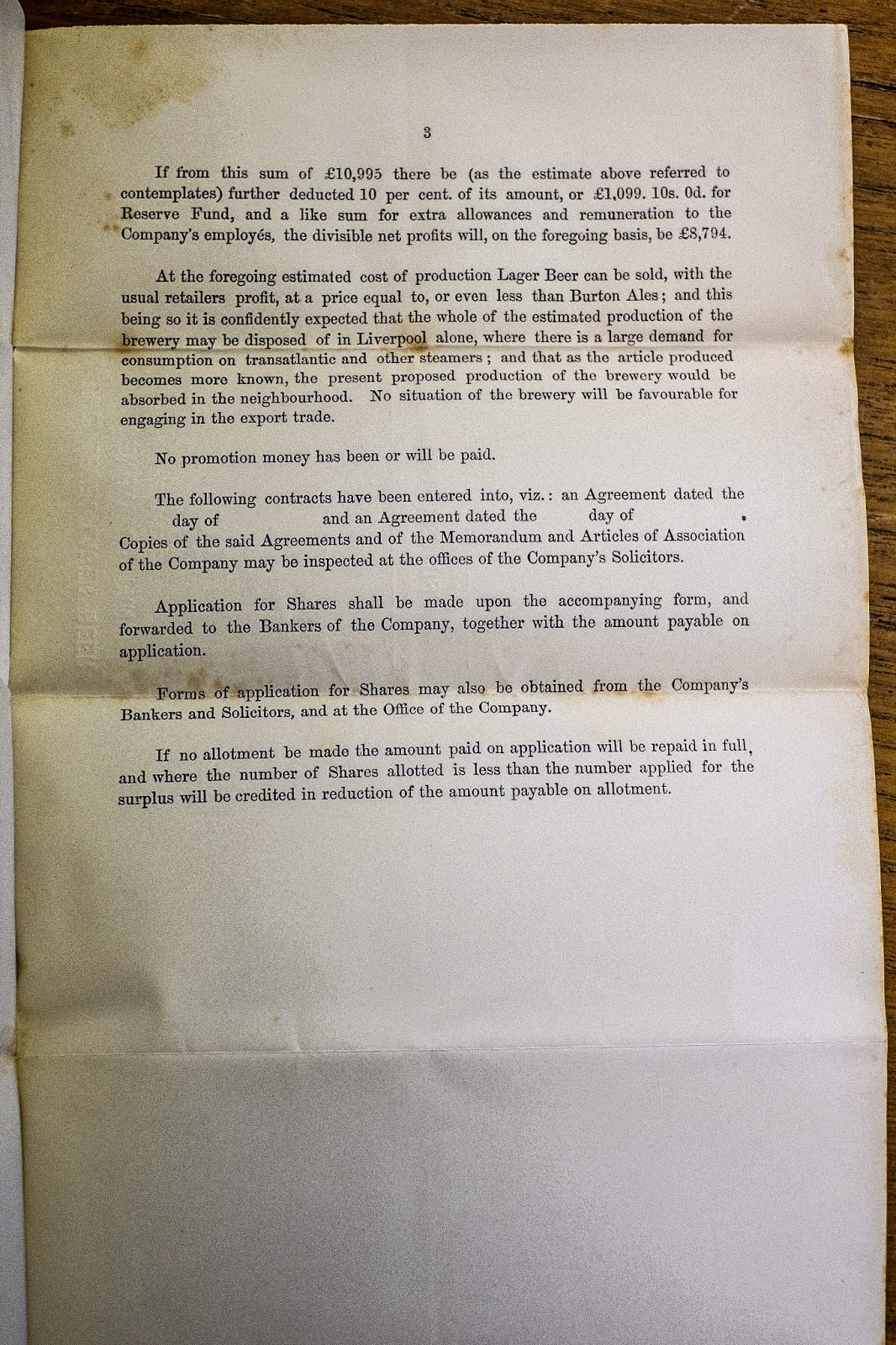 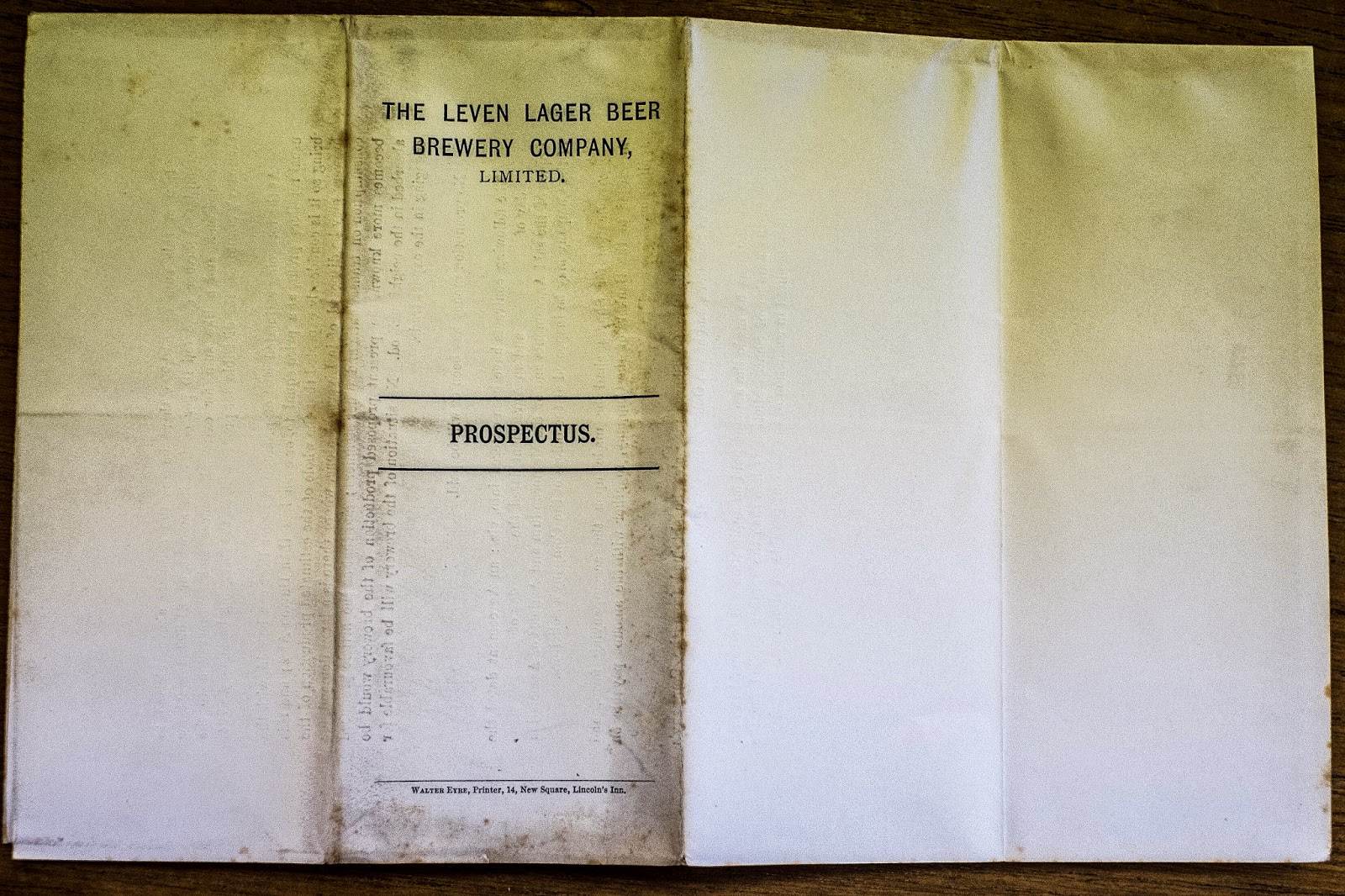 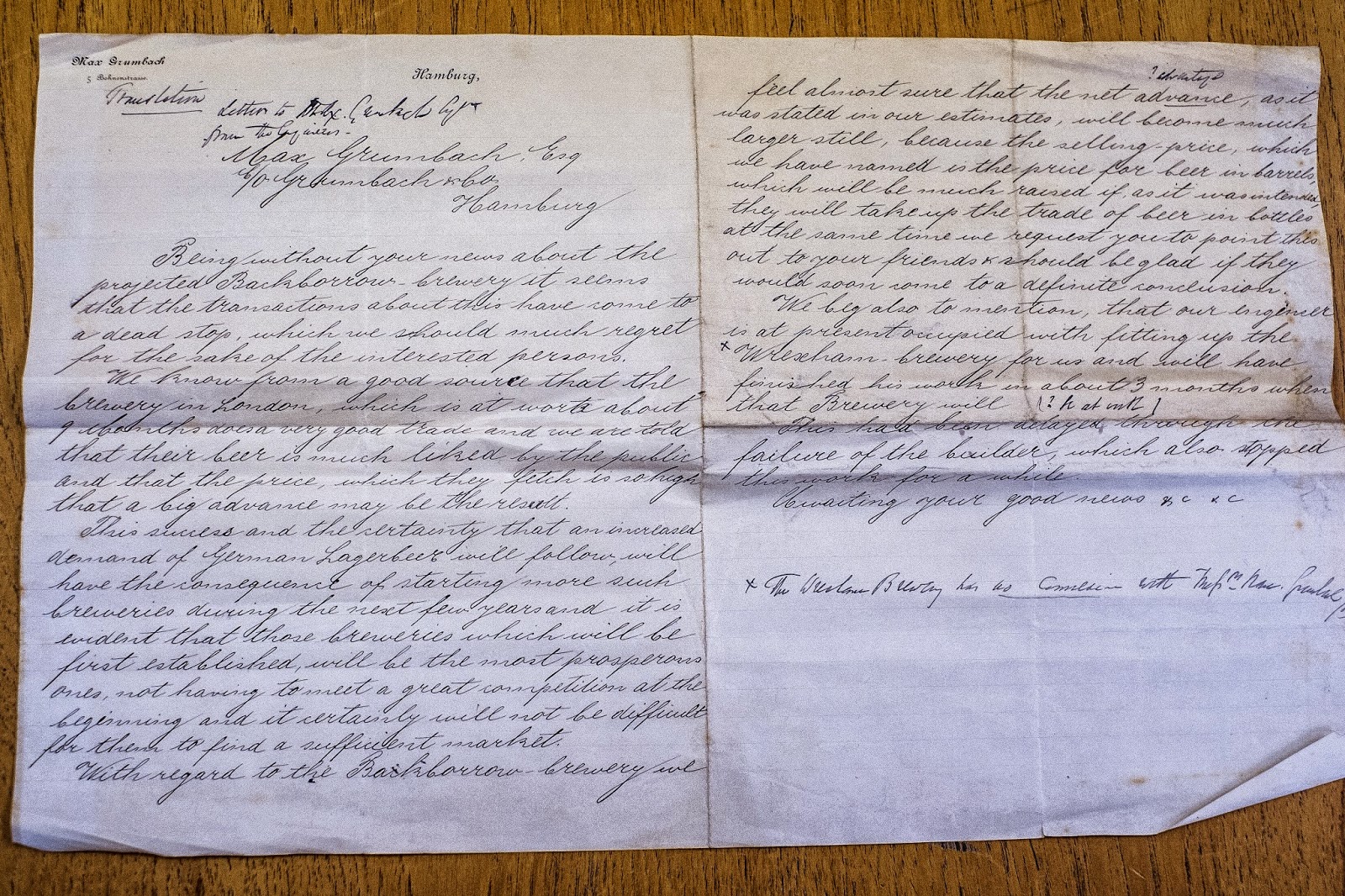 Being without your news about the projected Backbarrow brewery at seems that the transactions about this have come to a dead stop, which we should much regret for the sake of the interested persons.

We know from a good source that the brewery in London, which is at most about 9 •••••• does a very good trade and we are told that their beer is much liked by the public and that the price, which they fetch is so high that a big advance may be the result.

This success and the certainty that an increased demand of German Lagerbeer will follow, will have the consequence of starting more such breweries during the next few years and it is evident that those breweries which will be first established, will be the most prosperous ones, not having to meet a great competition at the beginning and it certainly will not be difficult for them to find a sufficient market.

With regard to the Backbarrow brewery, we feel almost sure that the net advance, as it was stated in our estimates, will become much larger still, because the selling price  which we have named is the price for beer in barrels which will be much raised if, as it was intended, they will take up the trade of beer in bottles at the same time we request you to point this out to your friends and should be glad if they would soon come to a definite conclusion.

We beg also to mention, that our engineer[?] is at present occupied with fitting up the Wrexham brewery for us and will have finished his work in about 3 months when that brewery will ••••••.

This had been delayed through the failure of the builder, which also stopped this work for a while.

I guess that, if the Wrexham brewery was in the process of being fitted out, then this would be c.1881, which would fit with the flurry of prospectuses for lager beer breweries in London and elsewhere at around the same time.